About LEADERS IN THE CLUBHOUSE 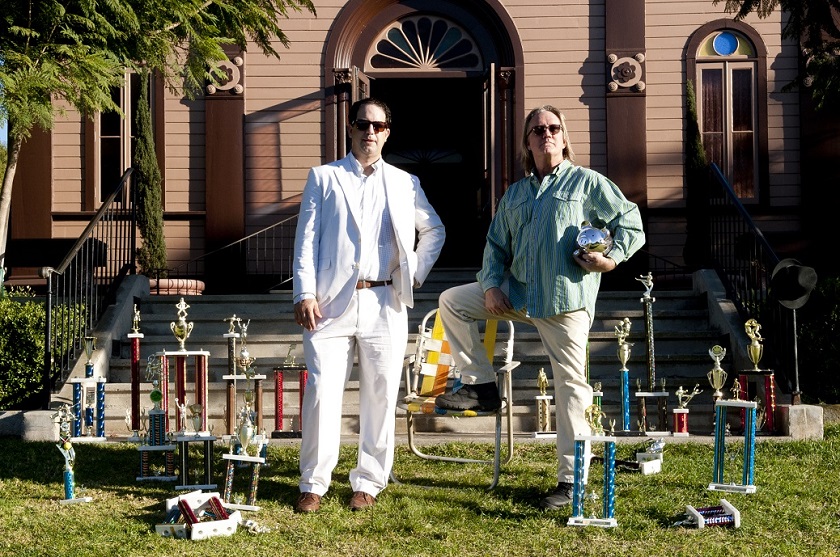 Leaders In The Clubhouse are based on Southern California (OK, San Diego) and are pleased to have released a debut album, Won, in the summer of 2015

Spud Davenport and Charlie Recksieck are contemporaries in the San Diego singer/songwriter scene who both share a desire for music (and rock) to be fun. Leaders In The Clubhouse (LITC) are tired of everybody with an acoustic guitar depressing us with their journal entries.

If you want to tap your toes to songs about some of these subjects ...

... then this could be the band for you. 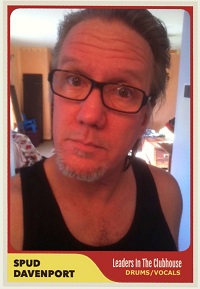 Raised in the East Bay of San Francisco by tone-deaf non-musical parents, Spud Davenport was probably bitten by a radioactive spider, therefore explaining his multiple musical abilities. Through the years, while trying to prove this theory, Spud wrote some songs and played some Drums.

Owing much to quirky artists like Warren Zevon and Tom Waits, Spud Davenport spins his tales of woe and WHOA with his Accordian, Piano, Guitar, and Kitchen Skillets.

Sometimes sarcastic, sometimes sad, sometimes so silly, Spud sings and screams the stories of the hopeless, but hopeful on his 2007 album, Green, showcasing his many abilities including Producer. Also in San Diego, he also wrote, recorded and performed as one of The Shamey Jays. whose album Your Pretty Packages was nominated for Best Rock Album by the San Diego Music Awards committee.

Says Spud: "While alot of my heroes are British, I must send out big-props to our Great American Songwriters and Composers, like Paul Simon, Tom Waits, Johnny Cash, Randy Newman, John Hiatt, Warren Zevon, Steve Earle, and Frank Zappa. All of whom are odd and oddly present in my music, somehow." 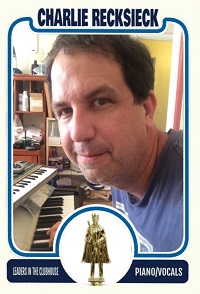 Charlie is a piano player whose original songs are most compared to Ben Folds, Warren Zevon and They Might Be Giants ... or perhaps best described as "the stupid man's Randy Newman".

He is a co-founder and longtime member of The Bigfellas who best known for their more humorous tunes such as "I Wish That I Were Gay", "4:20" and the world's only golf rap, "On The Green," all of which are on their debut schizophrenic CD, Chubbed Up.

Recksieck has scored an acclaimed independent documentary (Don't Change The Subject) and had music placed in some basic cable TV shows and provides the theme for the fantastic Super 70s Sports Podcast. He also occasionally can go by the name of Chuck Charles for solo touring and one-off projects.

He is survived by his Golden Retriever, Dave. Hey wait a minute ... he's not dead!

In addition to more LITC & Bigfellas music, another project in the hole is a collection of original music incorporating celebrity tantrums and outtakes called "If It's The Last Thing I Do" after the 2020 release of a full Chuck Charles album.