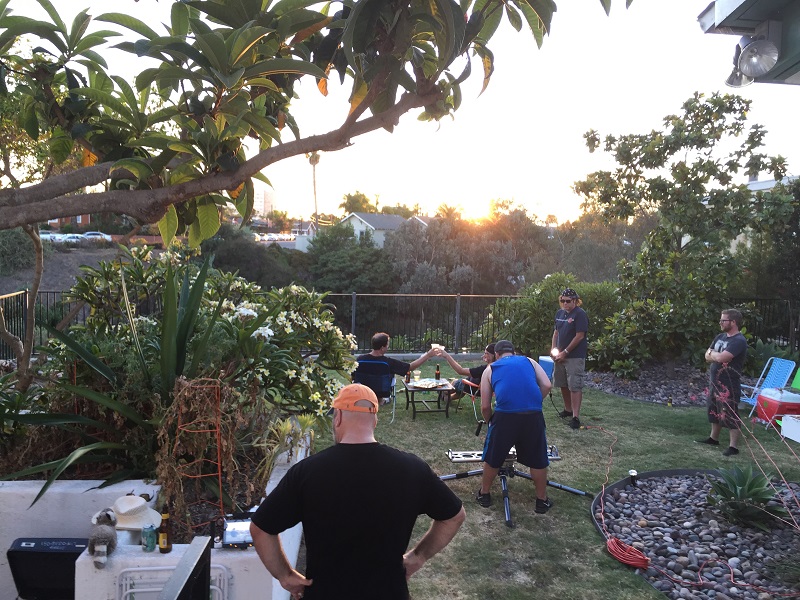 Holy moley, we are excited about our video shoot for LawnChairs. This was so much more than having a buddy pointing a camera on us. It's a full fledged, professional video. How we ended up with such a crew is still a little bewildering: TV showrunner/director as our director (and actor), Emmy winning Director Of Photography, Academy Award nominated editor, stellar veteran working mainstays as gaffer and camera assistant.

We are so proud of how good it looks, all of the help we had ... but meanwhile it was like a legitimate film production fantasy camp for us. A tremendous experience.

We will have a premiere/viewing party date with a fun show/release-party in San Diego on Friday, November 13th. Online official Release Date is Nov 17, 2015. And we'll be flooding the interwebs with it after the official release.

Photos of the main shooting days are in a photo album on our Facebook Page - It's the closest thing to you being there.

While you're there, we could really use a Facebook "like" from you on the page. It's silly but those things matter to some people evaluating bands ... we know you like us (we love you, after all) but good for other people to voyeuristically see the love.

If you know these people, thank them on the Facebook & help us give the veterans their props & the newbies their 15 minutes of fame.

And special thanks to Ed and Karen Koijane for generous use of their house!

Sierra West - Girl Under The Stairs

Everybody involved was seriously donating time out of the goodness of their heart We can't thank you enough!