If you want to see ALL of our updates in a good old fashioned blog format go here: http://www.leadersintheclubhouse.com/blog/. Meanwhile, we're showing the latest few items here.

Just wanted to let you know that we're working on getting a new song/single done.  Been in the studio with this one for a while - real departure for us, very earnest, more contemporary, featuring female vocals.  We've had the song written for a long time and looking forward to doing this one up right and showing our sentimental, pop side.  Stay tuned! 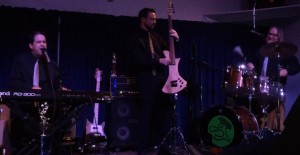 Hey Kids - Live jazz trio version of These Goddamn Devices from Nov 13th, 2015 at Across The Street at Mueller College is on YouTube: https://www.youtube.com/watch?v=ppRTSov8-AI&feature=youtu.be ... Fun departure from the normal rock version of this.  You probably won't see us without a guitar again so this is a fun novelty.

Today’s the day Charlie released his little ukulele cover of Fleetwood Mac’s “Never Going Back Again” as a duet with LITC friend Sierra West.  It's available ...

We've made some lists. What are YOUR Tom Waits favorites?

Celebrating Tom Waits’ birthday tonight with a listening session at Casa de Davenport … I love all the early stuff. But anything from Swordfishtrombones, Frank’s Wild Years, Mule Variations…. there’s soooooooo much great stuff even after he stopped being the piano playing crooner & got that artist bee in his derby-bonnet.  One of my all-time favs, the album that boasts such great melancholy tracks as Lost in the Harbour, Poor Edward, No One Knows I’m Gone, and the title track, Alice:  https://www.youtube.com/watch?v=71juNRicCzo

He's got a few modes he likes to work in: beautiful ballads, circus music, experimental music.  So I've made lists of each:

To Tom Waits: We couldn't love you any more than we do, and there isn't a better model of a true artist.  HAPPY BIRTHDAY!!!

Always nice to be on 91X radio with friend of the band and dean of local music, Tim Pyles.  We were talking making LawnChairs video, live shows in 2016, San Diego music and girls eating Velveeta. 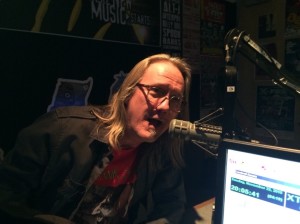 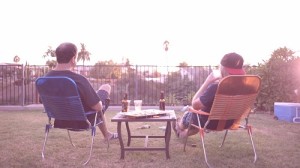 Our new music video for "LawnChairs" is officially released today.  Viewable several places but YouTube is probably the best: https://www.youtube.com/watch?v=svwBB76yXGE

It's the tender story of the band having fun at the supposed end of the world while the neighbors are cowering.  Beer and nachos and fun rule the day.

Incredible production team made this thing, we are super proud of it.  Details about the filming are here.  We hope you like it.  If you do, liking/commenting/sharing at YouTube is a great thing for us.  Let's go viral, people.

xxxooo,
Leaders In The Clubhouse

Meanwhile, if you've just got to hear some of our HI-larious bon mots, below is our Twitter stream.